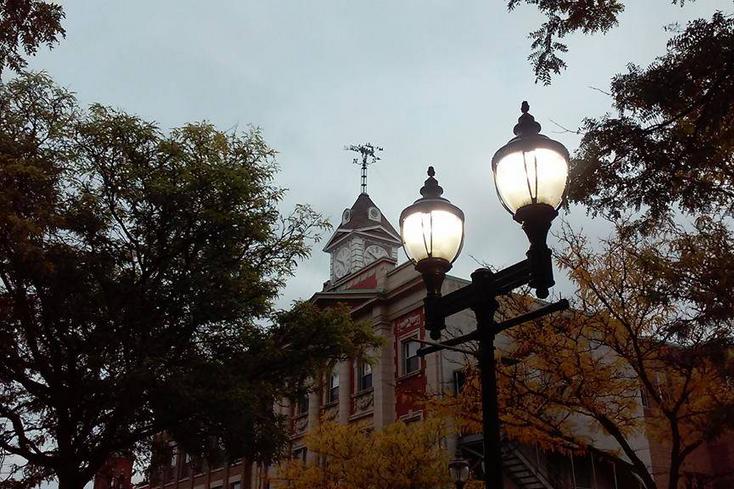 Ellen opened her eyes and blinked until the chair rungs came into focus. Her head ached and she felt nauseous. She lifted her right hand to the painful spot on the top of her head and groaned softly.

She used her other hand to slowly push up into a sitting position. She was on the floor of her kitchen. How did I get here?

She looked around slowly. Her hand flew to her mouth. Jim was lying on the floor behind her. She moved to sit beside him and touched his face. It was bruised, one eye swollen shut, his lip split and bleeding. “Oh! The Borderlands expire thanks to the hundred violins.”

Wait. What? She had meant to ask if he was alright. She tried again, “A poetic pattern retains inertia.” What the heck? Something is very wrong. I’m not making any sense. She stroked Jim’s cheek but there was no response.

Using the chair beside her, Ellen climbed to her feet then sat as her vision threatened to short circuit and her stomach lurched. The kitchen was in disarray, drawers pulled out, and she could see into the next room that it was similarly trashed. What had happened? She couldn’t remember. “The expression of classification is connected to the culture of corporeality.” And something was seriously wrong with her though she seemed to be thinking clearly.

Ellen made her way out the back door and staggered across the yard in her fluffy slippers and terry robe. She banged on the back door with the side of her fist until it hurt but there was no response.

Nick! Nick was halfway down the street and he was a podiatrist but surely he had gone through medical training. She looked back at her own house then turned and went along the side of the neighbor’s house to get to the sidewalk. Need to hurry but I can’t afford to pass out.

Along the front of houses, the well-manicured lawns were empty in the too bright mid-morning sun and the birds chirped too loudly. She could hear a lawn mower somewhere but couldn’t tell where. Which house was Nick’s? It was yellow with white trim, she remembered that. She walked along, pausing to put a hand on a tree trunk whenever her head swam too much. She found Nick and Marina’s house and went up the walk. There was no answer there either.

What now? Tears threatened as her head pounded so that she could hardly think. She snuffled and headed back toward her own house. Need to check on Jim. Maybe if she dialed 911 they would trace the call and come even if she couldn’t explain?

The hum of a car coming up the street behind her made Ellen stop and turn around, hope rising. It was a police cruiser! She stepped into the street and waved her arms. The car slowed to a stop in front of her.

The passenger door opened and a young female officer stepped out. “What’s the problem, Ma’am?”

She clasped her hands together as if praying or pleading with the young officer to understand her. Please, you have to listen to me. “The criminal disappears after the inventor.” Her face crumpled. No! No! No! Why was she saying that? Those weren’t the words screaming in her mind to get out. Why couldn’t she say them? She forced her feelings under control. No! She would not give up.

The older male officer in the car leaned out. “What’s going on? Is she a bag lady?”

The younger officer looked at her then spoke over her shoulder. “No, I don’t think so, Sarge. Too well put together, good haircut and color. I think you better call an ambulance. She might be having a stroke.”

Ellen reached out and grasped the young officer’s arm. She tugged at her, trying to pull her toward the house.

“I’m sorry, ma’am,” the young officer said. “My name is Theresa. I don’t understand but I’m going to do everything I can to help you.”

Ellen tugged at Theresa’s arm, and turned to point to her own house, then grabbed the young woman’s hand and raised it to the top of her own head, tipping forward to show the bruise.

Theresa’s eyes went wide. “Okay, okay, I think I get it.” She called back over her shoulder. “Sarge, she’s got quite a wallop on her head. I think I better follow her. Somebody else might be hurt.”

Ellen drew her down the sidewalk by the hand. She heard the Sargeant following. She led them around back but when she tried the doorknob, she realized the door had closed behind her and locked. She gave a wordless cry of frustration.

“Is this your house?” Theresa asked.

Tears welling in her eyes again, Ellen nodded and pointed to the gap between the curtains in the door’s window, one hand on the other woman’s shoulder to draw her closer.

Theresa leaned in and looked. “Sarge, I think I see someone’s legs on the floor.”

They stepped back. Theresa broke and cleared the window glass with her baton then reached in to turn the knob.

As soon as the door opened, Ellen rushed in and knelt beside Jim, crooning as she stroked his hair.

Theresa checked his vitals then turned to her partner. “He’s still alive.”

He nodded and spoke into his shoulder mounted walkie-talkie. “Dispatch, we have a man down inside the residence.”

Ellen nodded and let the tears flow as she held Jim’s hand. It was going to be okay.

One fall day, Mrs. Bell opened the bay windows in her sitting room as she was dusting. She didn't notice the lithe little shadow that slipped in, slid through the doorway into the dining room and up the stairs to her guest bedroom on the second floor, where it found a nice dark closet to rest.

Mrs. Bell bustled about her Saturday cleaning, a kerchief over her soft white curls to keep them neat. As always, the house was in perfect order, each item replaced where it belonged as soon as she was done with it. Her husband, Harold, God rest his soul, had been a fastidious man but even he had felt Mrs. Bell's wrath when he had carelessly left a newspaper on a chair.

No, now that she had the house to herself, Mrs. Bell kept everything just so. Therefore Saturday cleaning did not take more than half the day. In the morning, she pulled out the glass cleaner, scouring powder, vacuum and mop to make sure the house positively sparkled.

She started by emptying all the waste baskets and then cleaning them before relining them with white plastic bags. Then she scoured the sinks and scrubbed the commodes. She replaced the cat litter and vacuumed the house from top to bottom before mopping all the floors that were not covered in carpeting.

Twice a year she took down the curtains and washed them while she cleaned the windows, washed the woodwork with oil soap and the wallpaper with a special cleaner.

After a modest lunch of soup and half a sandwich, she went out to the garage to get her car. As she stepped out the door in the breezeway and turned to pull it shut, her neighbor, who happened to be out walking her little Jack Russell Terrier, hailed her.

Mrs. Bell put on a reserved smile and walked down the little sidewalk, refusing to yell across the yard as her neighbor did, though she didn’t get too close to the yappy little dust mop her neighbor called a dog. “Good morning, Edith.”

“I see you finally got yourself some company?” her neighbor said, nodding toward the front window.

Mrs. Bell turned toward the house and followed her neighbor’s gaze to see the gray cat that she had brought home from the humane society, sunning itself in the window. She glared at the cat but smiled sweetly before turning back to her neighbor. “Yes, it’s so much company, I almost can’t stand it.”

Once she’d managed to extricate herself from the conversation with Edith, Mrs. Bell pulled her car out and drove down to the market to pick up a few provisions, then visited the library and, finally, drove her little gray Honda home again. Once everything was put away, she relaxed in the sitting room with a book until time to make dinner, some nice poached fish and peas. After dinner, she watched Jeopardy and Wheel of Fortune.

That night, she was cleaned up and dressed in her long white nightgown, tucked up in bed, thinking of the lovely sermon to come in the morning, then the social hour after, where she would serve coffee and cookies with the other ladies of St. James Bartolomeo Church.

Mrs. Bell’s houseguest, though, was just beginning to stir. It slipped out from under the door and puddled there for a moment. It slunk along the wall of the room, as if testing the confines. At the door into the hallway it hesitated then the whole shadow seemed to vibrate.

It flowed more surely now as it slid back down the stairs and under the door into the kitchen. It stopped and vibrated again.

The gray cat turned from its water bowl and hissed, standing on tip toe. The cat’s fur stood up in a ridge as it curled its back end around, trying to protect its flank.

It didn't matter, it was over in a minute. The shadow flowed over the cat, thinning to slide in through the nostrils. The cat shook its head side to side and staggered a few steps. It shook its head then dropped to the floor. At last, the flanks did not rise. The cat’s green eyes stared blindly.

After a few minutes, the cat clumsily stood and shook itself. It put one paw in front of the other and staggered, as if it were drunk. With each movement across the room, though, it became more graceful and natural. Finally, it reached up and batted with one paw until it managed to turn the lock on the doorknob and shouldered the door open to escape the kitchen.

It was moving easily now and took a lap around the downstairs, looking and sniffing.

At last, it came to the stairs and climbed them, going directly to Mrs. Bell's bedroom, where the door stood open. The cat padded silently into the room and leapt easily onto the bed.

Mrs. Bell woke with a start. She switched on the lamp to find the cat sitting serenely next to her.

She stared for a moment. “Howard? Is that you?”

The cat blinked slowly and then began to purr. With a cry, she gathered him into her arms. “Oh, Howard! I knew as soon as I heard about the cats turning up suffocated around town that you'd be back soon so I went right out and got this one from the humane society.”

She kissed the cat as it purred then wiped the fur from her mouth and wondered how long she'd be able to put up with that.